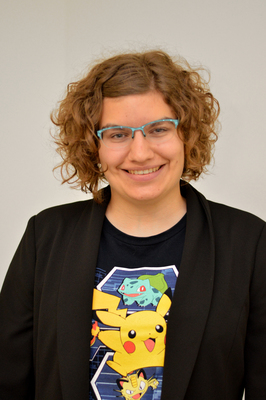 Persevering, determined and committed young woman, Corinne Philippon holds a double DEC in Science and Music and a Bachelor’s degree in music composition for film and video game. She distinguished herself through her scientific and musical implications, but also with her “Nintendo geek vibe“. Indeed, as a teenager, Corinne was particularly interested in the music themes and soundtracks of her favorite games. These include the music of The Legend of Zelda, Pokémon and Mario Bros that were significant from her early age.

Her way signed by perseverance …

It is by always being in the music department of her high school that Corinne Philippon realizes her great interest in arrangements, orchestration and composition. This is how she sets herself a major challenge : to make an arrangement for Stage Band, even though she didn’t have all the necessary knowledge yet. Thereby, she persevered for nearly six months and finally, her arrangement was presented at the Christmas concert. The public gave her a standing ovation to congratulate Corinne’s hard work and her successful work. This will forever mark her musical journey, to such a point that Corinne still remembers the exact words used by her teacher at the time during the presentation at the concert:

“[...] She has been to the music department every morning and every day, it is not a figure of speech, it is to take literally. Always with a new version. Sometimes I thought of getting rid of her by giving her 4-5 hours of work, but no, the next morning I had a new version ... She is unbeatable!“

Since the age of 12, Corinne Philippon is also dedicated to robotics, which influences very much her creativity. She oriented more towards programming, and thus, acquires a good capacity of reflection in that field. Until recently, Corinne was still involved with her former robotics team as a mentor. As a fervent of the ideology of STEAM (Science, Technology, Engineering, Arts and Mathematics) and FIRST robotics program (For Inspiration and Recognition of Sciences and Technologies), she wishes that one day, she will be able to conciliate her different creative and technological aspects, and thus, create a bridge between her artistic and scientific vision.

Awarded many prizes and distinctions for her commitment in her studies and her involvement in her community, Corinne Philippon receives in 2015 an honorable mention from the Loran Scholars Foundation. This award is presented to a semi-finalist based on criteria of determination, community involvement and leadership potential. Thus, Corinne stand out among more than 4,200 applications across all Canada. In 2016-2017, she receives a merit scholarship from the Université de Sherbrooke School of Music, and the following year, receives the Imperial Tobacco Fund Scholarship, which aims to encourage and recognize academic excellence. More recently, Corinne has been awarded the Audacity Award of the 2019 Student Challenge, which highlights her commitment, contribution to student life and her innovative musical orientation. 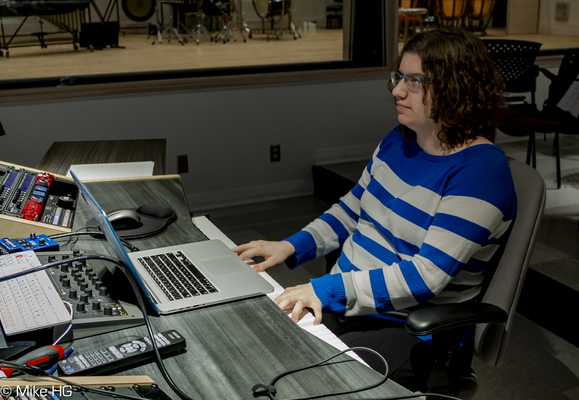 Even if her implication as a mentor for her former robotic team finished recently, Corinne is still involved in her community. Whether if it’s for the students’ associations, for the musical activities of high school students in her region or for working as a teaching and researching assistant, Corinne is deeply committed in everything she does.

Here are the projects which Corinne participated through recently :


"[...] ultra-committed, persevering, a hard worker, [...] who positively addresses her difficulties, seeing them as challenges to overcome rather than brakes or drag balls."

"Her impressive academic results, her innate sense of organization, her involvement [...], added and great reliability make her a key element." 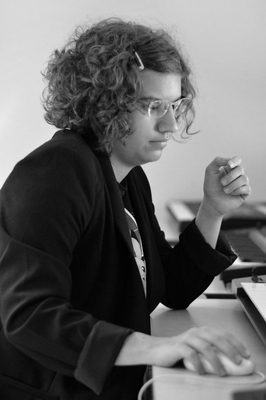 News (in French only)